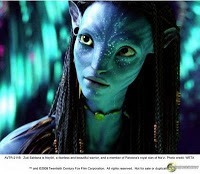 After the first 30 minutes, I wondered if this was simply a Pocohantas meets the imperialist Bush administration story. Indeed, it was much more, and I will only cover the core of it for me here.

These “lessons,” are very practical and very real to life. From my perspective, much of the essence of this film is not science fiction, rather it’s metaphysical and emotionally intelligent non fiction. Humanity, could really benefit from getting more connected to one another, the Earth and Cosmic energy. Further, the Shamanic perspectives and practices in the film offer an educational transmission for anyone who is open and willing to receive.

In an airport last week, I caught a CNN update, stating that Avatar viewers are suffering from depression. I can see why. Reemerging from the film into a mass reality that lacks connection and has lost it’s sense of deeper “seeing” , and grocking the genocide and atrocities that are still happening in our world is depressing. I say lets feel the whole heart aching truth of what Avatar evokes. Let’s feel all the way into what has not been working in the way we do life as humans, individually and collectively. And then let’s use our awareness as fuel for reclamation, reeducation and reinvention.

I also hear that Avatar received negative press for being Anti-America. Right wing
conservatives even criticized Avatar for being Pagan and Goddess worshiping, (as if anything is wrong with being deeply earth connected and honoring the divine feminine aspect of the Godhead). Well, I am American, I am human and I am universal, just like many of you. And I actually felt my voice and views were portrayed in this film in a positive light.

Metaphorically speaking, I see Avatar as being pro-Earth, pro-Life, pro-Humanity and
pro-Awakening. If anything, Avatar seems anti-ignorance, anti-genocide and anti-demolition of life in the name of obtaining “unobtanium.”

How obvious that the richest mine of “unobtainium” just happened to be under the tribe’s “Mother Tree”. Of course it would be. What is the metaphor of this precious resource? Is it oil? Is it power? Is it enlightenment? Or salvation? Perhaps a community’s most valuable resource is the heart and home of its people. Perhaps it is life itself and a harmony with it that cannot be obtained but only cultivated and honored. What is it for you? For me, “unobtainium” is the mystery of life itself. It is a blessing and a birthright yet it cannot be possessed or controlled.

What would Jung say about Avatar? Maybe he’d say that our collective psyche dreamed this film so that every archetype voiced, as a part of our selves, can come back into wholeness and integration. I feel that Avatar offers a probe for shifting paradigms; for further realizing our potential. We can dream a new dream; one where we steward our planet, get connected and nurture the essence of life. After seeing Avatar, my willingness to be a compassionate reality artist of unity consciousness is stronger than ever. I hear a call to humanity to evolve ourselves into more conscious, reverent beings with love and unity as driving forces, Universal laws. Do you hear it too?

It is our dream. What shall we create next?

Gabriela is a natural intuitive, with a knack for bridging inner and outer worlds, bringing relevance to daily living. Her guidance is infused with pure love, in the service of health and wholeness. She has been steeping in the universal wisdom teachings of metaphysics, mysticism, Shamanism, Yoga, Zen, Transpersonal Psychology, Earth-based Spirituality and Energy Medicine for over 20 years.

Hi Gabriela,
Thank you for this wonderful post about Avatar. I just saw it myself day before yesterday, and one of the first things I thought afterwards was, I have to find a discussion group on the web to talk about this! And here you are!
I love your title "Unity Consciousness 101" – and your listing of what it involves. I also believe it is not at all science fiction but real and happening to those that can see.

I think if people are depressed after seeing the film, it is because they have not yet connected to their higher self, meaning that they are not yet conscious or awake on other planes of being. For as I see it, we have our Avatar bodies too. In fact, I read a novel years ago about a man who lost movement in his legs and went to a higher plane in his dreams and met all these highly evolved people in the future – the novel was called 2150.
Thank you again for your marvelous run-down of the basic principles of the movie – what a pleasure to read!

Thanks for your comment, Nancy. Your kinship is refreshing. I fully agree with you. We do have Avatar Bodies. I loved how in the end of the film, Jake was both embraced in his human body and then transcended into his Avatar body. Amazing metaphor for completing out grown forms in life and waking up to/evolving into more expanded, true essence forms. Dichotomy shifted into Unity as two worlds (bodies, paradigms) fused into ONE and Love prevailed. I am a sucker for a happy ending. And, I realize there was a lot of disturbing and not happy content as well. What else did you see/get?

Avatar offered to me another wake up call. I, too, feel more than inspired to move forward with my message of: "peace on earth begins with birth". We must go back to Source and practice the Connectedness that was essential to our survival, to the survival of our species. Modern technology and ways have made life easier and longer in many ways, but we lost our Connectedness in the process. By doing so, we are destroying our only common mother, Mother Earth. We all share that ability to be connected through our Mother Earth, and that one commonality is being erroded in every moment. I believe the depression and sadness people feel after seeing this film comes from the very core of our essence, because buried deep in that core is the knowledge and desire for Connectedness that so much of the world is denying themselves. At a level perhaps untapped, people are feeling a sense of loss and mourning for what they feel no longer exists.

But the beauty of all of this is that is DOES still exist. It may be buried deep, but it is RIGHT THERE, we carry it witin our hearts, minds and bodies. We need only to find the simple tools for mining this Inter-Connection ability. As commited couples, we can mindfully practice conscious conception. For new parents, we can be active, alert, and present in the birth of our children. We can practice attachment parenting and nourish our children with our species specific milk…the nectar of human connection. We can follow this foundational continuum into our family lives, and be living examples of what we as humans were designed to be. Parenting is only one path. We can also tap into this well of Connection aywhere on our human journey. Community can be created in the activities that speak to our hearts: song, dance, creating music, gardening, movement, teaching, being stewards of the Earth and its creatures, being agents of change in our communities in any way that moves us. At anytime, any age, and any place we happen to be, there exists an opportunity to create a connection.

I believe those that bash the Avatar movie as being anti-American do so out of fear. Governments, religious and educational institutions provide many with a sense of belonging, a sense of being part of something larger than themselves. It is a safety net, a mirror that offers a reflection of purpose in life. How ironic this is! Just existing as humans we already belong, we are ALREADY part of something larger than ourselves! In our "progress" as human beings, we have lost much of our basic sense of belonging, so we create ideologies, institutions, agents of power and war, to justify and define our reasons for being here. How frightening it must be for those who so specifically define and identify themselves this way, to be faced with the possibility that we are here as part of a web of humanity to simply LOVE. Wow! What a concept!

Thanks for your comment and debrief, Jaimie. I celebrate all you are a voice for. I feel compassion for those who feel disconnected. I felt such gratitude after seeing the film that I have and know so many people with lives of rich connection, communion, unity and love. So, when our cup is full, the natural response is to share and give back…

Love your insights, G. Was whirling from the film. Loved so much of it and had some critiques about its representations of the "natives." But your smart post helps me really get the NUGGETs of it.

Hey Traingirl! Thx for your comment! I agree Avatar was a "whirler" of a film. I bet I can relate to your "critiques" of the "Natives"…and more… So many layers we could respond to in a film like that. Provocative, and informative of what we are called to voice in our lives. So-Voice it, girl! I AM on the lookout for you! 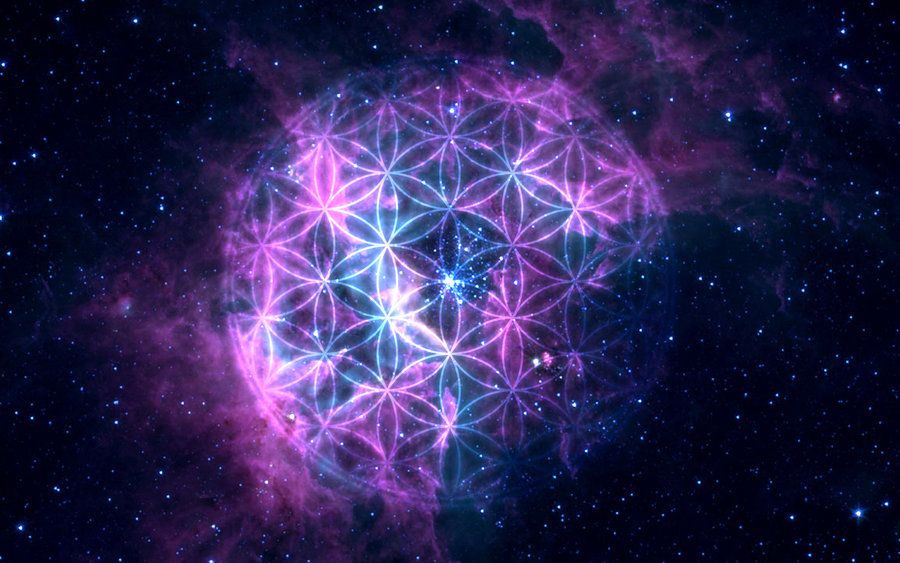 This will be an MP3 file.